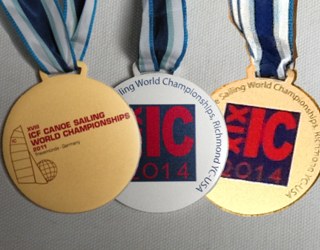 Notes
The 1938 Championship was not sailed in 10sq.m. Canoes
From 1975 until the 2007/8 Championship the class was using the 'Nethercott' design as a one-design hull shape, although older designs were permitted to (and sometimes did) compete with 'grandfather' status.