In Dixon Kemp's "Yacht Racing Calendar and Review" for 1891 there is a race report which reads in part as follows:-

"Snake" had sailed the fourth round in 9min 51 sec.
This race is worthy of further comment, it is the fastest of which there is any official record. The "Snake" sailed the full 6 mile course in 1:05:07, half the distance being close hauled. The course somewhat resembles the letter Z and the water is very shallow most of the distance. The buoys too were rounded twelve times, and yet the "Snake" and the "Torpedo" attained an average of nearly six miles an hour over this very difficult course. Thus we conclude that if they sailed half the distance when close hauled at, say, four miles an hour, they must have sailed half the distance, too, in one-third the time, or at the rate of 9 mile per hour. That the "Snake" attained an extraordinary pace when running with a quarterly wind there can be no doubt, but it was in the three or four strong puffs during the race that she left the "Torpedo", which is 2ft longer than "Snake", a long way astern. It was evident that this boat ha the extraordinary power of rushing over the water at ten or twelve miles an hour, probably more, without any wave-making apparently; only a wide smooth wake is seen astern. Yet at five or six miles an hour she makes waves like any other boat.

So without a shadow of doubt what we have here is a description, perhaps the first, of a planing sailboat, some thirty years before Uffa Fox and Avenger. Theo Smith of Oxford had indeed created something quite new! 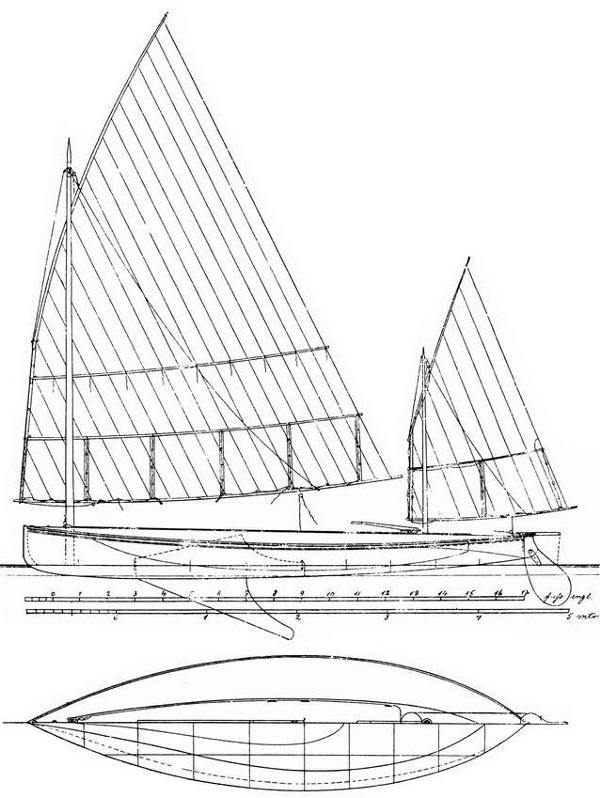 Image: Peter Ullman and Dave Clark fighting hard for a place at the 2014 Worlds in San Francisco. Photo © Robert Muller