This challenge wasn't associated with a Worlds, and was sailed during Canoe Week - the GBR National Championships.

From the British side Tony Marston recalls: Mats Lind* and Leif Johansson challenged with Tony Miles and Dick Eberhard defending. Two against two. I failed to make it into the team: 'Alfred the Great' wasn't quite reliable enough! Bill Kempner, who was in the British Team for the challenge in 1959 was the chairman of the selectors. I can't remember without hunting out my 1974 diary with certainty but I think the Swedes won all three races. I remember having a sail in both Mats and Leif's canoe and not believing how well tuned they both were. Amazingly Leif was faster despite a heavy canoe and he was a big bloke....just goes to show what a well tuned rig can do. Lars Eric was sailing a Slurp with which he won the Worlds the following year.

The Yachts and Yachting report of that Canoe Week concludes: "An intensive training campaign is now under way to wrest the New York Trophy and the hurt British pride from the Swedes."

From an international point of view we are still on top

It was I guess with a certain expectation that we headed for England. We, it was Leif Johansson, Stockholms SS and Gunnar Aggefors, Oxelösunds SS with your author [Artur Neveling] as leader. On the 14th of August the race was started on a 10 M offshore course in 15 knots of wind, high choppy, swingy waves. The English lined up Tony Miles and Richard Eberhard. The course was laid by two old canoe sailors Bill Kempner and Tom Christie. At the windward mark Tony Miles led but capsized and fell over the mark so he had to make an extra rounding, and that made the victory. Leif and Agge could continue in undisturbed tranquillity and finish in above-mentioned order. The second day slightly calmer sea, wind 15-12 knots. Just before the start R. Eberhard touched Aggeâs canoe and had nothing else to do than retire. The matter was done, Agge continued and Leffe covered Tony Miles. Agge was the first to finish and then Leffe. The New York Cup is now in Sweden until some country makes a challenge.

* Tony's recollection is that Mats Lind competed, but other sources, including the trophy, state Gunnar Aggefors. 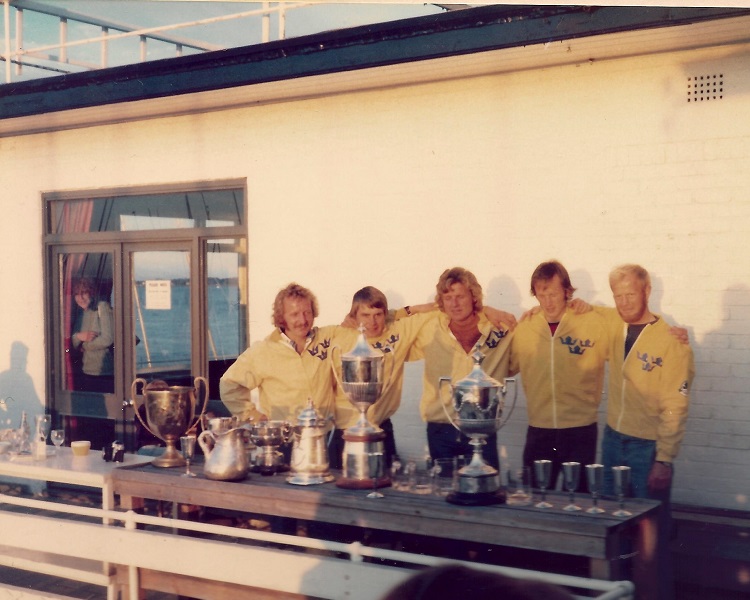 The dominant Swedish Team at the 1974 Canoe Week prizegiving. The NYCCC cup is towards the left of the table. The team (from the left) was Gunnar Aggefors, Thomas Kullander, Leif Johansson, Mats Lind and Lasse Lundgren. Photo © Perham Harding 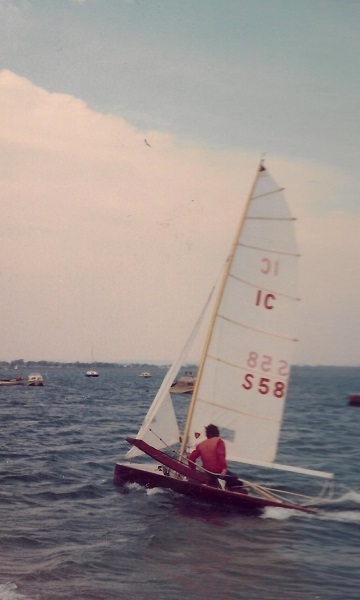 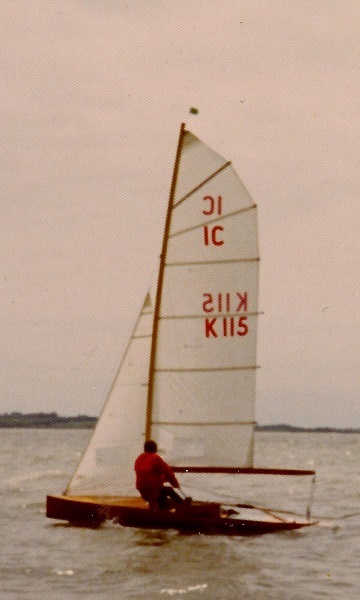